October 13, 2017 / Mark Jansen / 0 Comments
I had the pleasure of helping a customer this week with his Windows 10 PC that was displaying the BSOD (Blue Screen of Death) at random intervals while he was using it but most especially when trying to play videos from YouTube. The error messages didn’t really have any common theme to them but all seemed to point to some sort of hardware failure. I initially suspected his video card as it was a Nvidia Geforce 650ti froma few years back.
He had already had 3 technicians look at the PC and charge him quite a lot of money without actually fixing the problem. As you can imagine he was quite dissapointed and frustrated by the whole situation and desperately wanted it resolved.
I proceeded by assuring him that I will get to the bottom of the problem and began by removing any unneeded software and scanning for viruses. Even after removing all suspicious programs the computer was still crashing in under 5 minutes of playing YouTube. Time to dig deeper…
Next up was hardware testing. I started by removing his graphics card and replacing it with one in my workshop but unfortunately the PC was still crashing in the same way. Testing the RAM with memtest was next and while all tests passed for over an hour of solid testing the PC still crashed in Windows just the same. Next I tested all of his hard disks by simply removing all but his primary SSD… still crashing. Lastly I ran a linux based stress test program outside of Windows that tests for motherboard faults etc and it didn’t miss a beat. Strange…
So after all my testing I concluded that the hardware was fine and the problem must lie elsewhere. Reinstalling Windows 10 was the final option but before I went down that road I had another idea to make life a lot easier. I disconnected all of his hard disks and connected only an SSD from my workshop to his PC to eliminate all risk of data loss for my customer (data loss for my customers is NEVER an acceptable outcome in my books). Now I was able to safely reinstall a fresh version of Windows 10 as a test to see if something had corrupted his installation. Everything worked OK and was rock solid stable with the fresh install of Windows 10 with nothing but device drivers installed so this finally proved where the problem lay… Windows 10 and not his hardware. I was relieved for him that this was the case as his PC was quite a high spec model with a nice i7 4770 processor, 16GB of RAM and plenty of other high quality upgrades so it would have been a shame to say he needed to buy a whole new PC.
So the story ends by safely reinstalling Windows 10 on his primary SSD, installing his device drivers then moving and merging all of his personal data and profile back to their original locations. Just to be extra sure everything was fine I tested his PC by leaving YouTube running for over 8 hours playing 15 videos simultaneously and it never crashed once. As you can imagine he was quite happy with the end result and was finally able to use his PC again without it crashing every 5 minutes and didn’t have to buy a whole new system.
Mark JANSEN 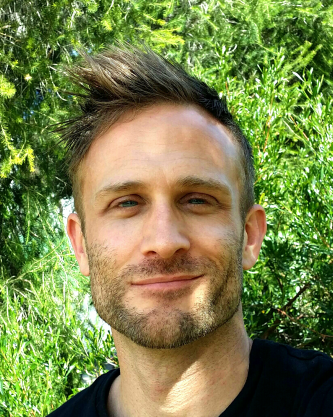